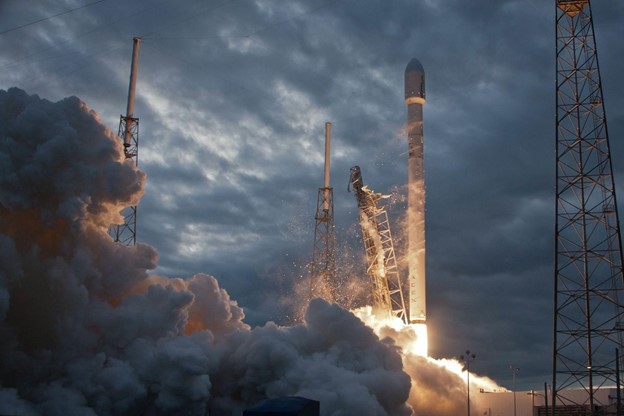 Machine learning experts predict that the future of space exploration will be increasingly powered by artificial intelligence and machine learning (AI/ML). Machine learning refers to algorithms that learn from patterns in data, much the same way as humans do. In various industries like banking, healthcare, and aviation, it is already in widespread use.

Space exploration will result in massive amounts of data traveling from distant planets back to Earth. Due to the various orbits of other planets, data must be transmitted to Earth during specific windows of time, creating a lag in transmission. The lag between far-off planets or, more specifically, the satellites and spacecraft potentially orbiting them and Earth could be months or even years. What’s more, data could even be lost in the process of transmitting it to Earth.

Currently, some of the data from the Mars rover is being transmitted via AI. In fact, there is already an outer space machine learning application called MEXAR2 or Mars Express AI Tool being used by space research programs like NASA. It can leverage historical data and remove excess data to help optimize data packet transmission.

When it comes to deep space exploration, there is a need to know as much as possible about the planets under study. According to machine learning experts, AI can help study remote planets and their environments by automatically analyzing photographs of these planets, and cut down on the time it takes to analyze the large number of images produced.

Solar storm damage detection is one of the weather patterns machine learning can detect. IBM and Microsoft are collaborating on machine learning algorithms to do just this for NASA. They are using magnetosphere and atmospheric measurements to target the ‘weather’ on a target planet. This can also be used for resource discovery and to detect potential landing sites.

Machine learning could also potentially help to improve the motion control of spacecraft and satellites. Motion control of spacecraft is incredibly complex and involves processing kinematic and geometric location information, and this data must be processed very quickly and accurately. According to machine learning experts, the farther from Earth and the more complicated a mission becomes, the greater the need for machine learning-driven navigation, including orbit adjustment, autonomous navigation, and docking space stations.

Successfully landing a rocket on its base is incredibly difficult – much more so than landing the space shuttle airplane-style. Machine learning and computer vision have the potential to make landing much more manageable. One category of issues to deal with is the inaccurate readings from sensors during the vacuum stage, and throughout the rocket’s backward journey through the atmosphere with an active weather system. SpaceX’s Falcon 9 rocket was able to land via the use of a convex optimization algorithm and real-time computer vision for the first time in 2015. These techniques enabled the first reusable rocket used in space.

The Future of Space Exploration and Machine Learning