The Future of Universal Remotes 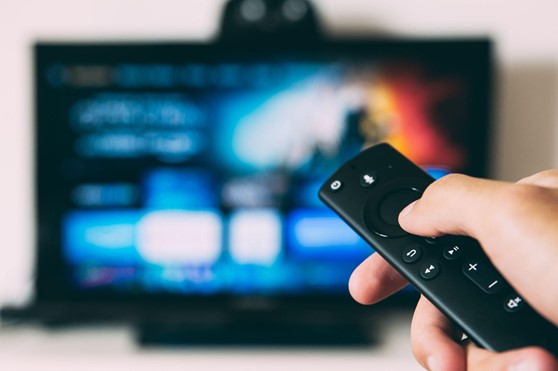 According to smart TV experts, most home theaters and smart TVs use remote controls with infrared communication protocols. While infrared (IR) is the most popular medium for TV remote control communication, it is not the only option. In this article, we review the alternatives.

An IR remote control or transmitter sends out pulses of red light. These correspond with a specific binary code. The receiver in the TV decodes the pulses of light into data the TV’s microprocessor can understand. The codes generally communicate very basic commands – ON/OFF, Volume UP/DOWN, MUTE, etc. The light is produced by an LED that operates in the infrared spectrum, usually in the 700nm to 1mm range. IR is a very cost-effective solution.

For infrared remote controls, there are no standard protocols. Most TV manufacturers define their own protocols, while others use existing ones. Certain protocols defined by NEC are used commonly by other manufacturers as well, for instance. While they have been around for 25 years, IR remotes do have limitations, according to smart TV experts. They only have a range of about 30 ft and require line-of-sight with the receiver to work. There are also many sources of interference, such as fluorescent bulbs, sunlight, and even the human body. This can be addressed by increasing the luminance of the LED, but this uses more electricity, decreasing battery life.

While infrared remotes might be the dominant technology used in TVs, they are not the only option. Many smart TVs now use radio frequencies, either using Wi-Fi Direct or other proprietary connectivity technology, such as Unifying by Logitech. Bluetooth is also an RF-based technology, but it’s less useful for TV remote controls due to the need for pairing, its very short range, and susceptibility to noise.

RF-based technologies can have a longer range than IR, and are not line-of-sight technologies – meaning that a device can be controlled from a different room in the house (which is admittedly not a common use case). In-home RF remotes can usually transmit up to 100 ft, although the range for Bluetooth is shorter.

The Future of Universal Remotes

Almost 25 years ago, a protocol called URCC (Universal Remote Console Communication) was proposed to be the truly universal remote protocol to control a wide range of devices from TVs to lights. Unfortunately, manufacturers have decided to stay the course, and they all kept using their proprietary remote technologies. As a result, the future of remote protocols looks to stay fragmented, and universal remote controls must be programmed or taught how to control devices manufactured by different brands.

One type of universal remotes are the ‘learning remotes’, which learn and store signals from other remotes. This way it can then learn to control any number of devices. They support a wide range of IR frequencies and protocols.

Starting in the early 2010s, several smartphone makers have equipped their devices with IR blasters. By using an included or downloaded app, your mobile device could also become a universal remote. However, this was not the case with all phones, and notably, Apple did not believe in the value of an IR LED for the iPhone. By now most manufacturers have stopped embedding IR LEDs into phones. Samsung abandoned this feature starting with the Galaxy S6.

Almost all streaming TV devices have apps, including Roku, Apple TV, Firestick, and Chromecast. The Amazon Fire TV remote app and the Roku remote app allow users to directly access the streaming devices via Wi-Fi. Chromecast can be controlled via the Google Home app, which also is a hub for Google Nest, and it can also be controlled from various apps, like YouTube and Netflix.

However, these phone-based remotes mainly control the content being played, and may not control the TV itself – i.e., power or volume. At the same time, the added interactive features of the smartphone are still worth the trouble of using multiple remotes.

The future remote controls is being fought in the smart TV realm, where streaming devices, smart TVs, and streaming apps all contend for the user’s attention. Smart remote controls have the ability to better track user actions, as we discussed in a previous post. Universal remotes now also have to have the ability to control streaming media, in addition to TV power and volume and are expanding in functionality. The most advanced universal remotes resemble smartphones in their own right, while smartphone manufacturers have decided to get out of the IR-based universal remote game.

The future of TVs is the Smart TV, and the future of remotes is the smart remote, communicating over Wi-Fi and other RF-based connectivity. From the perspective of the consumer, the remote of the future may not be a remote at all. For many, it will be an app on a mobile device.